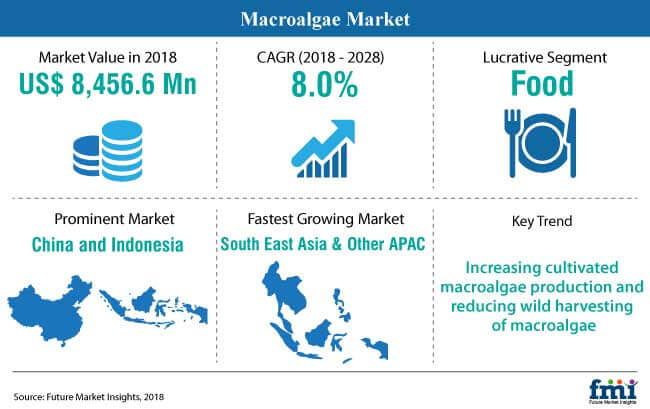 Asia Pacific countries are emphasizing more on increasing the production of macroalgae. Various programs and initiatives have been launched by the governments in these countries to support macroalgae farming.

Currently, the annual global demand for chicken is around 90 million tons. Thus, the poultry market is observing huge demand, which is expected to rise further. Owing to this, poultry farm owners are focusing on the quality of poultry with good nutrition feed for their animals. As a result, opportunities for the growth of the macroalgae market are increasing all over the world, as it a rich source of proteins and other nutrients.

Other End Uses Also Adding Growth to the Market of Macroalgae

Macroalgae plays a significant role in the wellness and beauty industry, due to its wide variety of applications. As the consumption of bio-based health supplements increases, the consumption of seaweed and seaweed extracts in the pharmaceutical and personal care industries is also rising. Macroalgae is also a rich source of plant supplements.

Macroalgae has been seen as a good alternative to chemical-based fertilizers. The increasing demand for ecofriendly fertilizers is expected to boost the demand for macroalgae from the agricultural industry. The rising demand for nature-based ingredients in skin care products such as gels, shampoos, cleansers, and oil is also creating a positive impact on the market of macroalgae.

Manufacturers are exploring new applications of macroalgae extracts through continuous research. Large players are investing in R&D for the development of various new products from macroalgae for the benefit of human beings and other animals. This is expected to bolster the growing market of macroalgae during the forecast period. 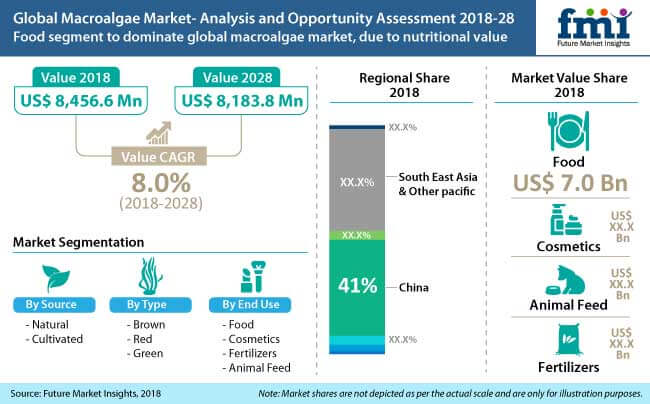