Globally, nearly 463 Mn people between 20 and 70 years of age are estimated to be suffering from diabetes, as per the International Diabetes Federation in 2019.

Also, as per WHO, over 1.9 Mn adults were found to be overweight as of 2016. Obese and overweight people are at a greater risk of developing cardiovascular and gastric ailments and diabetes.

GLP-1 receptor agonist market players are tabling new products to gain a competitive advantage over one another. This trend is bound to drive the market in the forecast period.

As per researchers at the Icahn School of Medicine, beta cells could be regenerated at much higher rates by combining DYRK1A drugs with GLP-1 receptor agonists.

The GLP-1 receptor agonists could be any of the prescribed meds like Bydureon from AstraZeneca, Trulicity from Eli Lilly, Rybelsus, Ozempic, and Victoria from Novo Nordisk.

“The Lancet Diabetes & Endocrinology”, in Jan 2020, published that GLP-1 receptor agonists could be considered while going for future stroke prevention guidelines for those suffering from diabetes.

Also, in Sep 2019, researchers at the 55th Annual Meeting of the European Association for the Study of Diabetes, reported that a new GLP-1 receptor agonist named “PEX168” showed positive results with respect to treatment of those suffering from type 2 diabetes 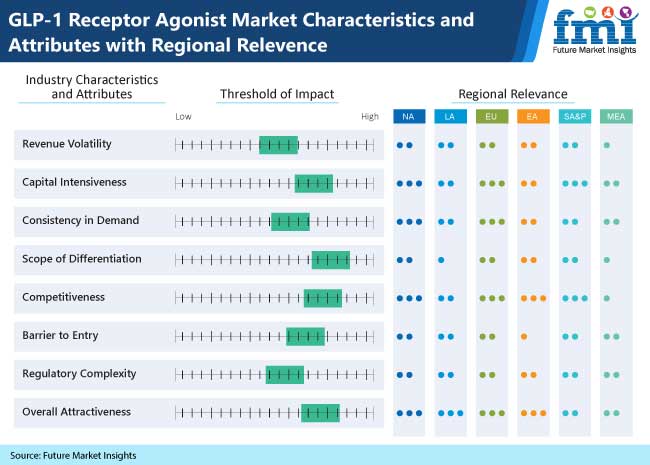 North America held more than 70% of market share in the year 2019. This could be attributed to the ever-increasing utilization of GLP-1 Receptor Agonists along with a well-established demand-supply chain consisting of pharmaceutical and biopharmaceutical industry.

Europe is the second largest market for GLP-1 receptor agonist, and the growing obesity rates in the region are likely to boost adoption over the forecast period. According to the WHO also states that around 60 million people all across the Europe are suffering from diabetes.

Asia Pacific is expected to grow at the fastest rate in the forecast period due to the fact that more than 70% of the global diabetic population resides in India and China. Also, 40.9% of the population is found to be obese (as per ADB Institute).

The GLP-1 receptor agonist market players are adopting diverse strategies like geographic expansion and mergers and acquisitions (M&A) for gaining a strong foothold.

For instance – Sanofi, in Jan 2020, made an announcement of acquiring Synthorx, Inc. This acquisition is likely to help the company to lay its hands on genetic alphabet platform technology.

Research collaborations between the players for developing new products have also been moving towards market substantiation.

In addition to Eli Lily and Company, and Sanofi, key players in the GLP-1 receptor agonist market include Novo Nordisk and AstraZeneca.

The GLP-1 Receptor Agonist Market is expected to be going strong, with FMI’s analysis predicting steady growth between 2020 and 2030. Research and innovative approaches are expected to drive the market in the near future.

The key market players need to look upon reaching out to wider geographies through inorganic expansion, so as to cater to a larger patient-base. Innovations are already on the anvil. They, coupled with mergers, acquisitions, partnerships, joint ventures will add to the competitive landscape