About the Yeast-Based Spreads Market Report

How Historical and Future Outlook for Yeast-based Spreads Market Compare?

In the last few years, the manufacturers have changed their way of production of yeast-based spreads due to change in the consumption pattern. The consumption of bread and other bakery products, along with spreads, has been steadily increasing around the world. The gradual rise in this consumption is mainly associated with the growing population in key parts of the world and increasing number of health-conscious consumers. These factors enabled growth in the yeast-based spreads market at a CAGR of 5.8% between 2016 and 2020.

Europe is considered the most dominant market for bakery products due to the rise in per capita consumption of bakery products in countries such as Germany, France, Italy, the Netherlands, Spain, and others.

The change in the consumption pattern and preference for fast foods such as snacks and bars have been contributing to the growth in the sale of yeast-based spreads in Asian and Pacific countries.

As customers are more cognizant about their health and are choosing healthy food, there is an increasing demand for nutrient-rich food in the global market. There is an increasing demand for vegetarian and natural food due to their many benefits over animal-based foods, such as being easier to digest and are also beneficial for patients mainly of heart related diseases.

This change in preference has moved beyond basic food. As a matter of fact consumers are seeking gratification of their vegan needs also in spreads and condiments that they eat as food accompaniments. They are looking for a wholesome meal that includes a list of non-GMO ingredients derived from organic sources. Their change in behavior will augur well for the global market.

Customers are more conscious about the connection between food and health nowadays. The rising focus on cardiovascular health, diabetes and obesity has been influencing their food consumption and lifestyle habits. This is the source of current food trends such as the craze for healthy snacks and healthy ingredients such as superfoods, plant proteins, and clean label foods.

In this context, the improvement of food formulations is a key concern for food manufacturers. They are trying to reduce the salt, sugar and fat content in their products to answer consumers' expectations and needs while paying attention to developing products without compromising on their taste. This has led to a surge in the demand for yeast-based spreads.

Would there be a rise in the Demand for Organic Yeast-based Spreads?

Owing to a rise in focus on health and wellness, consumers are gradually adopting organic products into their regular diet. The global organic food and beverage market is expected to be valued at US$ 211,400 Mn by 2025 and grow at 8.9% Y-o-Y over the forecast period. Due to these factors, organic yeast-based spreads has been in high demand.

How large is there an opportunity for the Yeast-Based Spreads Market in Australia?

FMI has projected that in terms of value the market size of the Australian yeast-based spreads market will expand considerably by 2031. This is because of the presence of the companies such as Bega Cheese, Three Threes Condiments Pty. Ltd., Aussie Mite and other manufacturers that specialize in producing numerous varieties of yeast-based spreads products. Also overall focus on maintaining a healthy lifestyle among consumers will consistently fuel demand in Australia.

Will the US dominate the Yeast-Based Spreads Market?

According to FMI, the US yeast-based spreads market was estimated to be the largest market and is expected to remain dominant in the forecast period of 2021-2031. The reason for this is the increased consumption of bakery products in the US market which in turn has also led to a surge in the demand for yeast-based spreads in the country.

The India yeast-based spreads market is expected to grow at a CAGR of 11.7% in the forecast period 2021-2031. The rising demand for bakery and confectionery food items, besides willingness to spend on non-GMO food and condiments will continue fuelling demand in India.

How big is the U.K. Yeast-Based Spreads Market?

The U.K. yeast-based spreads market has been identified as highly lucrative. The market, in terms of volume, is expected to reach 2083 MT in 2031 which is the largest in terms of volume in entire Europe. This is because of the presence of leading players such as Unilever, which have products such as Marmite account for a significant share in the yeast-based spreads market.

How Lucrative is Mexico for Yeast-based Spreads Sales?

Mexico is one of the fastest-growing yeast-based spreads markets. The Mexico market is expected to register a double-digit growth over the forecast period. It is therefore identified as a key market in Latin America. Manufacturers are likely to capitalize on the increasing demand for organic food items in the country.

What is Fuelling Demand for Marmite?

Marmite is expected to remain the top-selling product through the forecast period. The producer of marmite, Unilever is a UK based company and is one of the key players in the yeast-based spreads market. This is due to the wide reach of the company Unilever all over the globe. Although it is projected that the market share of the Marmite product will decrease from 39.4% in 2021 to 36.3% in 2031 but will still be having the largest share in the yeast-based spreads market in the forecast period 2021-2031. 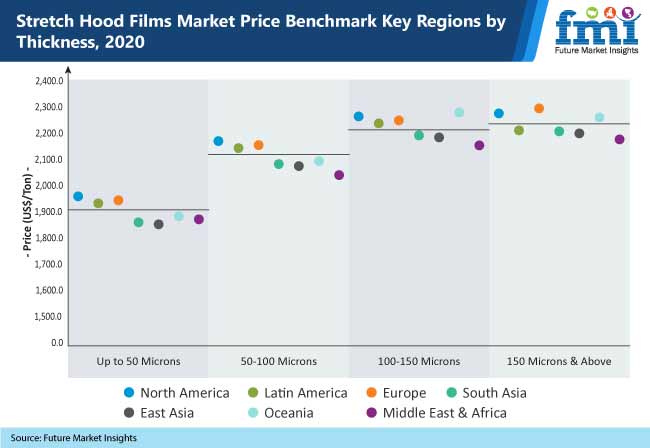 Which Nature of Yeast-based Spreads is Preferred More?

The organic nature yeast-based spreads market is expected to grow at above 10% CAGR over the forecast period due to the rising demand for organic-based products. However, the Non-GMO or the Conventional Yeast-based spreads segment continue holding a leading share.

Who is Leading End User?

Also, online retail will emerge as a key category in the business to consumer segment. Products such as yeast-based spreads have huge demand among consumers who purchase their daily groceries and food items online from platforms such as Amazon, Walmart, and other E-commerce websites.

There are many claims which complement to sell of yeast-based spreads products. These include vegan, vegetarian, gluten-free, dairy-free, halal, natural, kosher, fat-free, and others. Of these, gluten-free claim has been gaining increasing traction from consumers. The gluten-free claim is helping in improving salability of yeast-based spreads products.  The rising prevalence of gluten intolerance will continue registering growth in this segment.

Numerous companies in the yeast-based spreads market have expanded their manufacturing facilities in high growth markets such as the UK, SEA Countries and India. For instance,

The companies are focusing on developing new products and increasing their product portfolio that cater to the needs and tastes of the consumers. For instance,

Some of the leading companies operating in the Yeast-based Spreads Market are:-

Scope of the Yeast-based Spreads Report