Increased Consumption of Beta-glucan to be Driven by Demand for Functional Food & Supplements: Global Industry Analysis and Opportunity Assessment 2015 – 2025

Beta-glucan is a polysaccharide found in natural sources such as oats, barley, mushrooms and yeast. The physicochemical properties of beta-glucan vary, depending on characteristics of their primary structure, including linkage type, degree of branching and molecular weight. Beta-glucan offers various functions such as increasing immune health and functional ingredients in dietary foods. 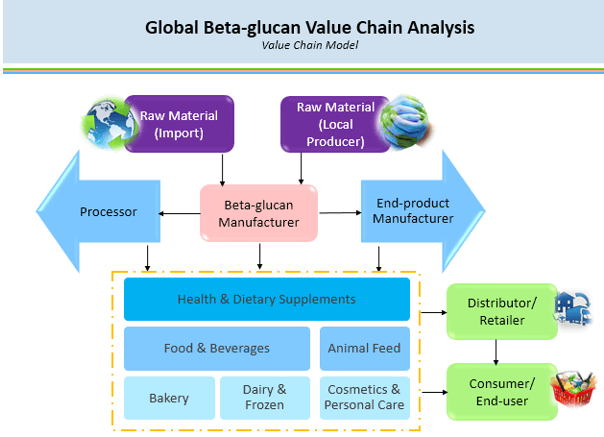 Insoluble beta-glucan segment accounted for over 40% of the global beta-glucan market share in 2014. In addition, the soluble segment is anticipated to register a moderate CAGR between 2015 and 2025.

On the basis of application type, the market has been segmented into food and beverages, bakery products, health and dietary supplements, dairy and frozen products, cosmetics and personal care and others (animal feed). The health and dietary supplement segment accounted for 33.7% share of the global beta-glucan market in 2014, and is expected to register healthy CAGR of 7.1% over the forecast period. 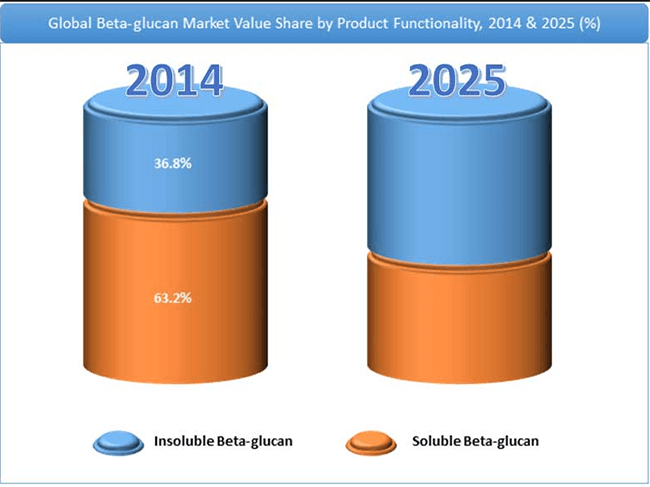 North America ranked second with over 30% market share in 2014, followed by APEJ. In addition, Asia Pacific is anticipated to be the fastest growing region in the beta-glucan market over the forecast period.

Some key players identified in the global beta-glucan market include Associated British Foods Plc., Biothera the Immune Health Company, Ceapro Inc. and Koninklijke DSM N.V. These players are focused on expanding their global presence through launch of new products or tie-ups etc.

These companies primarily focus intently on investing into research and development in order to enhance existing food products and expanding product portfolio.