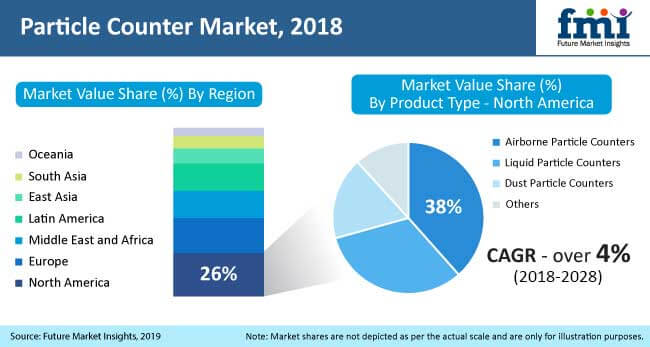 North America is expected to contribute the highest revenue share in the global particle counter market in 2018. However, healthy growth is expected in developing countries, especially China, India, and Brazil. Among the emerging countries, China and India are estimated to witness significant growth in aerospace and automotive industry. These factors are ultimately expected to fuel the particle counter market.

Vendors are generally focusing on partnerships and acquisitions.

The global particle counter market is segmented in detail to cover every aspect of the market and present a complete market intelligence approach in front of the reader.