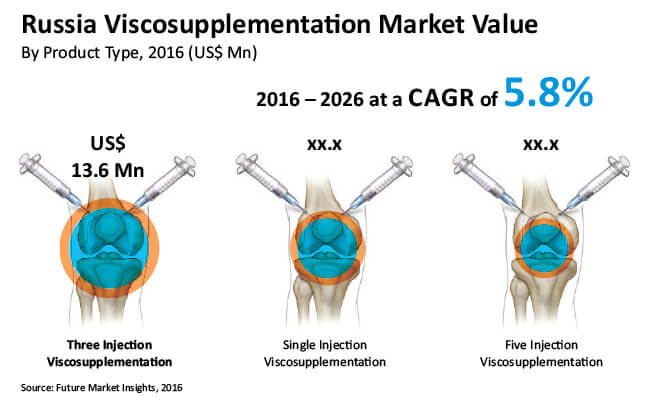 Market share of companies operating in the Russia viscosupplementation market

The Russia viscosupplementation market is highly fragmented. Key players such as Hyaltech, Croma-Pharma GmbH and TRB Chemedica contribute around 65% of the market share. Hyaltech alone grabs more than 40% market share.

The market is divided into two segments based on product type and end use: