In a bid to maintain the combi ovens market sustainability amidst increasing competition, Tier 1 players are engaged in expanding manufacturing capacities and strengthening regional presence. For instance, Electrolux, in 2017, acquired Continental Brand in Latin America with an aim to strengthen Electrolux’s growth in the Latin America region. 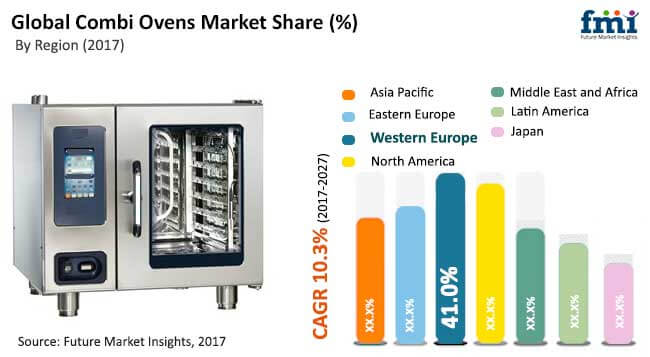 The high manufacturing costs and complex design of combi ovens have led to the emergence of several small and medium-sized players who introduce low cost combi ovens in the market. As these players generate revenues through manufacturing of required units only, their market share remains lower as compared to prominent players. However, with their stronger presence in the regional market, medium-sized players continue to capture steady gainful opportunities in the combi ovens market.

In the combi ovens market, steam-based combi ovens have served the food service industry for a longer time. However, complete reliance on the steam or water for operations has bemused end users with the problems of hard-scape build-up and corrosion, in turn, influencing costs of maintenance & repair and energy as well as equipment downtime.

The restaurant industry has flourished in past few years against the backdrop of increasing ‘Dine Out’ trend. A new trend called ‘Eating In’ is transforming the landscape of the restaurant industry. The trend has invited a prominent shift in consumer preference towards eating at home against dining out. Considering the nature of equipment, commercial kitchens usually make less frequent capital investments in combi ovens. Decreasing profit margins of restaurant owners have, in turn, impacted the sales of new combi ovens in the hotels and restaurants.

Giorik SpA, another player in the combi ovens market launched Easyair Combi Oven in 2017. This new model is a medium duty combi oven with stackable and temperature pre-setting functions.