Oil, automotive and industrial lubricants are few of the most prominent elements of this rapidly transforming industrial world. Prompt growth of industrialization, supported by economic growth in developing countries, has led to an up surge in manufacturing activities. Advancements in technology such as introduction of automation and increased adoption of modern age machinery such as Industry 4.0, are driving the demand for high-performance lubricants.

Silicate esters offer excellent low-temperature properties. Silicate esters are being extensively used for low-temperature refrigeration compressor lubrication. Hence, the demand for esters is anticipated to remain strong, owing to their efficient applications in numerous end-use industries along with the limited presence of alternative products in the market.

Regulations play a significant role in the manufacturing of chemicals and have a direct impact on the esters marketplace as well. Usage of esters in lubricants and food ingredients is highly monitored. It is known that lubricants decompose under heat. That apart, disposal of lubricants with waste water is not easy. Oil- and water-based lubricants pose environmental hazards. 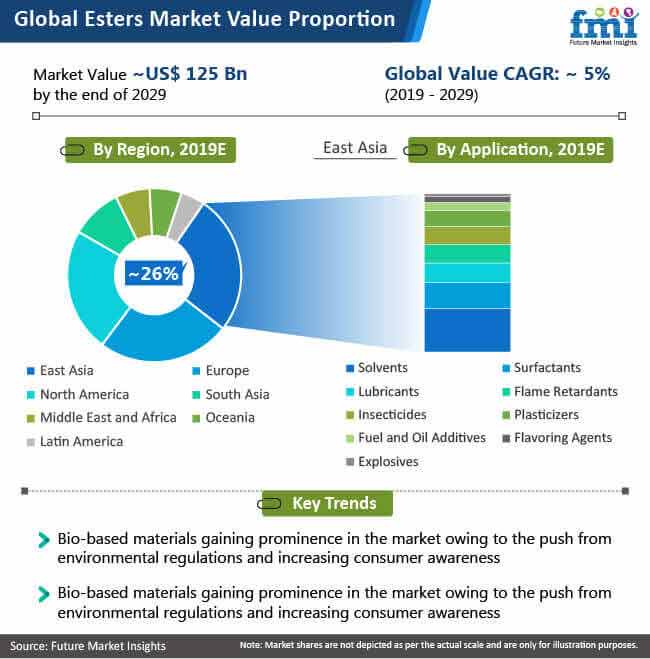