Pharmaceuticals industry mostly uses smaller sheet sizes of about 500 mm while food industry uses 1100 mm sheets to produce boxes for packaging. Although these sheet sizes can be customized to suit the needs of the end use manufacturer.

Food packaging segment is anticipated to remain as the most rewarding segment in the global folding gluing machines market. Owing to the thriving food industry, the demand for corrugated packaging is at its peak. This has created high demand for folding gluing machines as they prove to be an economical and efficient way to prepare boxes out of flat sheets. 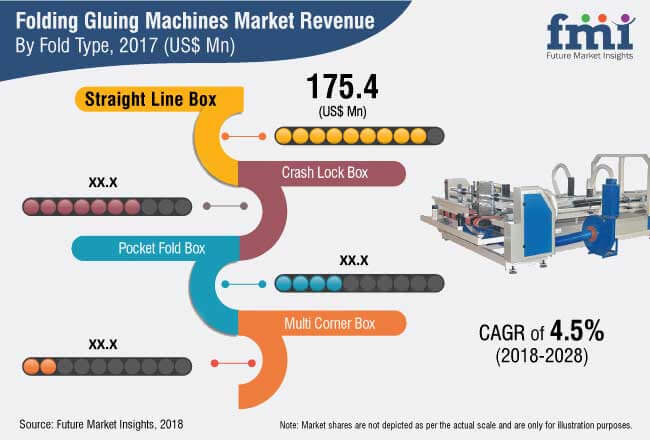