In 2004, the global production of LLDPE overtook the global production of LDPE, owing to highly desirable physical properties and relatively low cost of LLDPE as compared to LDPE. Thus, the similar trend is projected to be followed in the LDPE & LLDPE sealant web films market, which is high and further increasing demand of LLDPE sealant web films as compared to that of LDPE sealant web films. See-through packaging or transparent packaging is highly preferred by the consumer product brand owners due to the positive impact of the product on the consumers and cost savings on the printing and labelling of the packaging. 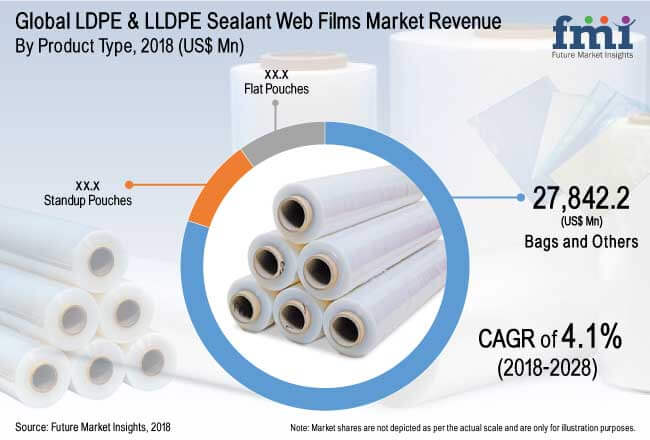 To overcome the challenge of protecting the environment from the harmful impact of multilayer films which cannot be recycled, the film manufacturing companies are making efforts to develop technology for sorting of different materials from multi-layer films. This development has created an opportunity for the LDPE & LLDPE sealant web films market by eliminating the barrier of restrictions imposed on the usage of multilayer films due to its harmful effects on nature. Furthermore, the growing end-user industries such as food, beverage, textile, pharmaceuticals and other industries are primarily responsible for driving the demand of LDPE & LLDPE sealant web films market.