Increasing preference towards more efficient systems is fuelling the demand for micro inverters. Along with this, rapidly falling prices of micro inverters is also assisting the product to gain significant penetration in the global solar micro inverter market.

Furthermore, the U.S. National Electric Code supports micro inverter technology and as more and more states adopt NEC 2017, micro inverter penetration is anticipated to increase. The rise of power optimisers which offer similar benefits to that of micro inverters is restraining the growth in the market and putting significant pricing pressure on micro inverter players.

Market Segmentation, by End Use Type

By end-use, the market is segmented into residential, commercial, and utility. Growing regulatory concerns towards the safety of PV installations and preference towards high efficiency systems are influencing residential customers to shift from conventional inverters, which in turn is fuelling growth in residential end-use segment. 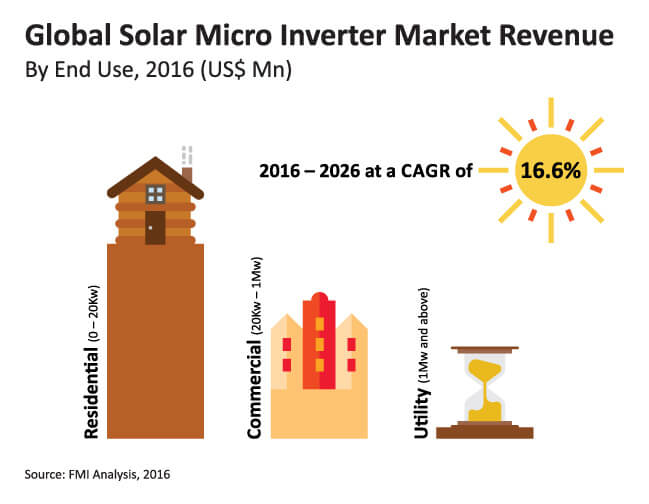 The report also describes company-specific strategies related to key developments and ongoing partnerships in the industry.

By End Use Type