Disc duplication is the method of copying content of master media onto recordable discs such as CDs, DVDs and Blu-ray discs. Standard turnaround time for duplicating content on optical media is five days. Major end users of duplication disc services are media & entertainment companies. They use duplicated discs for various applications such as promotions, demos and sales of movies and games. Minimum quantity per disc duplication service ranges between 100 and 1,000. Duplication of up to 1,000 discs is cost-effective. 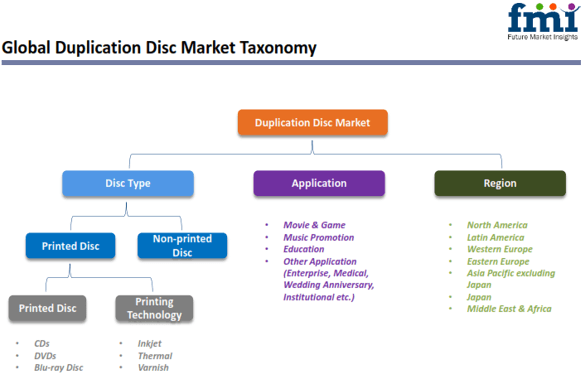 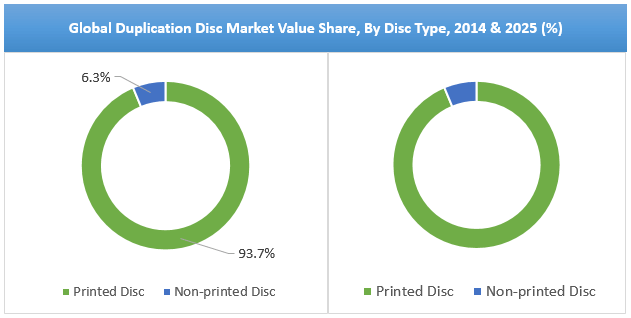 By application, the global duplication disc market is segmented into movie & game, music promotion, education and other applications (enterprise, medical, institutional, etc.). Among these, the movie & game segment dominated the overall market in terms of value, with over 50% share in 2014, but it is expected to register a decline of 770 BPS in its market share by the end of 2025.

The duplication disc market is characterised by a large number of unorganised players, who follow a strategy of introducing cost-effective services and attractive offers on disc duplication to gain competitive advantage and attract new customers. In addition, players in the market are focusing on offering one-stop shop to customers by providing both disc duplication and disc printing services.