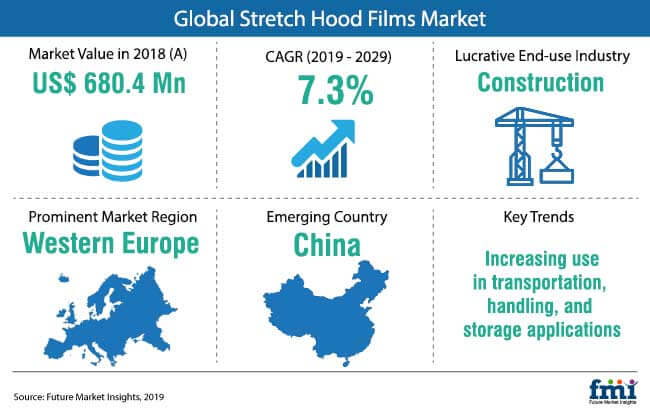 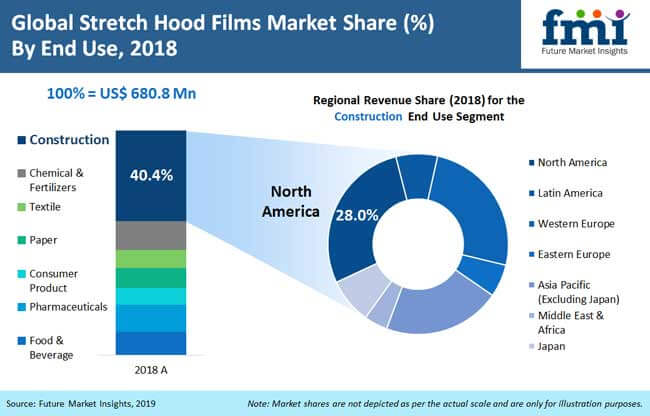 Stretch hood films are making their way into multiple end use applications, as pallet packaging emerges as a viable proposition for improved packaging quality. Pallets packed with stretch hood films stay resistant to damage of any sort, which makes handling and transportation of these pallets immensely easy and hassle-free.

Excellent performance characteristics remain at the top of end user’s preferences, thereby pushing adoption of stretch hood films for packaging of heavy loads and safeguarding them from damage or deformation.

Multipronged advantages, ranging from operating costs, speed, and reliability, are a key reason for growing adoption of stretch hood films over other pallet packaging methods. Manufacturers of stretch hood films are emphasizing on reduced thickness and superior elasticity, for rolling out advanced products best-suited to varying needs of end users.

Western Europe is likely to emerge as a leading market for stretch hood films, which reflects the accelerating adoption of stretch hood films across key European countries. Rising demand for pallet packaging formats with exceptional physical and mechanical properties across multiple end user units, such as e-commerce, is fuelling investments in the regional market.

Manufacturers in the stretch hood films market are striving to fine-tune stiffness and robustness, transparency and gloss, stretchability & durability, and other key attributes of their offerings. This, in turn, plays a crucial role in unmatched product positioning and would help manufacturers gain advantages over their competitors in the market space.

Considering the growth potential of stretch hood films market, manufacturing companies are constantly working on offering next-gen adapting to the ever-evolving end user requirements. Consequently, end use industries, including construction, pharmaceuticals, and chemicals & fertilizers, and investing in advanced stretch hood films to breathe life into their packaging prospects. This, in turn, is likely to set a buoyant tone for the global stretch hood films market.

The global stretch hood films is segmented in detail to cover every aspect of the market and present complete market intelligence to the reader.