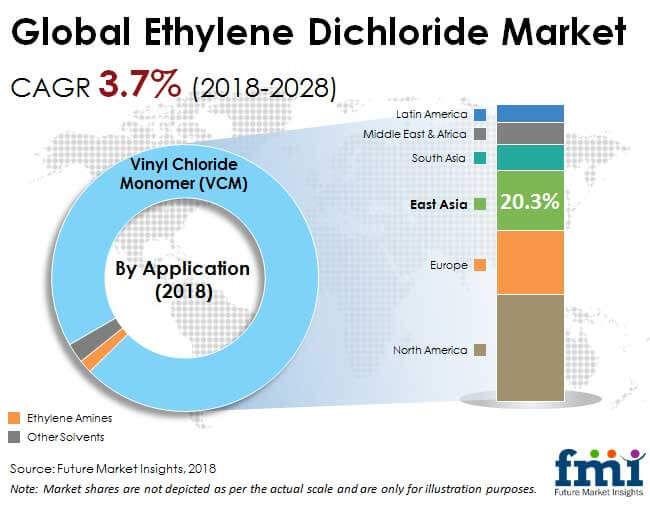 Poly Vinyl Chloride (PVC) is the third largest plastic in terms of production and consumption. PVC finds a wide range of applications in pipes & fittings, flooring, wires, power & signal cables, films and sheet, and other applications. In terms of PVC or vinyl chloride monomer production, ethylene dichloride is used as one of chief raw materials, which in turn is expected to drive the demand for ethylene dichloride at a healthy growth rate.

While the oil industry has been slated for steady growth owing to the increasing demand for gasoline and fuels, vendors have been concentrating on expansion of refinery capacities to cater to rising demand for crude oil products. Conventionally, ethylene dichloride is used as a lead scavenger in petrol and as a result, an increase in petrol or gasoline demand is expected to fuel the ethylene dichloride demand in the near future. 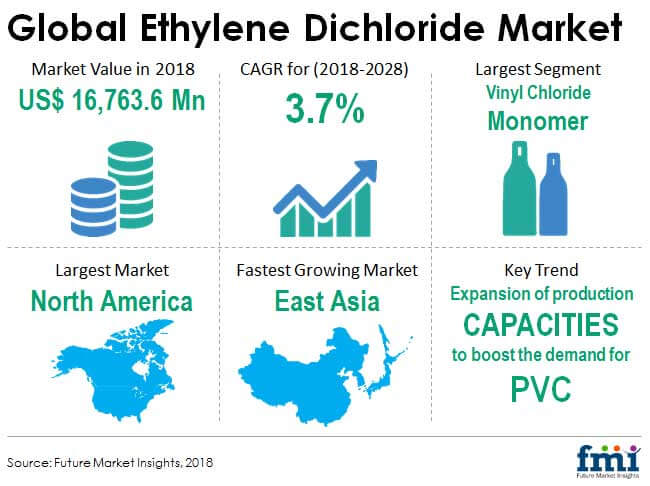