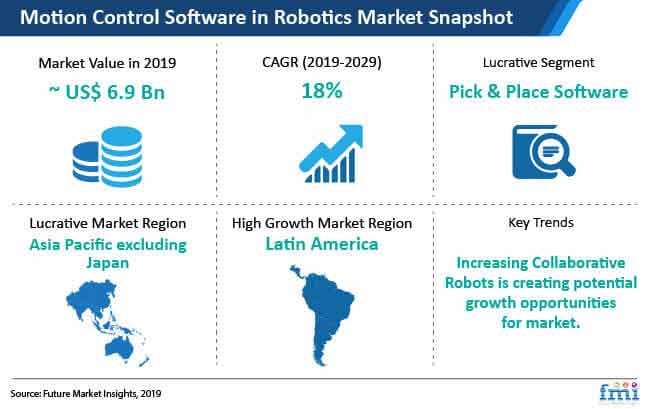 Rising Adoption of SCARA Robots in Automotive and Food Industries

Adoption of Robots in a Multitude of Industries

A major trend that has a positive and deep impact on the society is the development of advanced robotics. In hospitals, robots work with a nurse to bring medicines and meals to patients without delays. Nowadays, innovative robots are supporting doctors with surgeries that are less invasive and safe to perform. 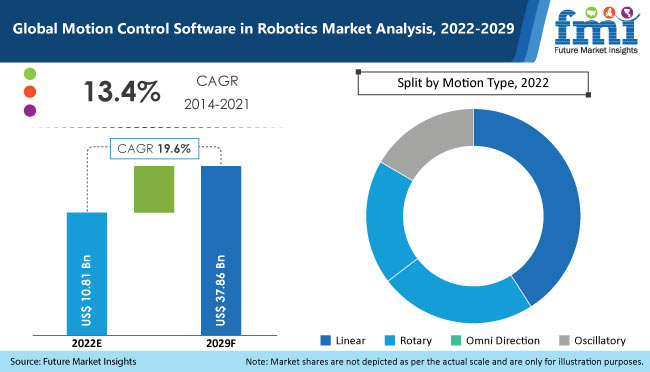 Automation of the factory floor across several industrial sectors is a noteworthy trend that is projected to continue over the course of the next few years. Thus, increase in the automation of factories has resulted in a global demand for highly efficient and cost-effective motion control software in robotics. Industrial automation activities are on the rise owing to increased production rates and efficiency; factors imperative to gain a competitive edge in the dynamic industrial landscape worldwide.

The automotive sector was the fastest to leverage the benefits offered by industrial robots. However, the popularity of industrial robots has gradually caught up with key industrial sectors including, food & beverage, aerospace, and electronic among others. In addition, the growing concerns over safety in the industrial space in conjunction with growing demand for robots across multiple industries is likely to propel the growth of the motion control software for robotics market in the coming years.

Collaborative robots, also known as ‘cobots’, are one of the fastest growing segments in robotics. The tremendous surge in the popularity of collaborative robots is primarily attributed to factors including, safe human interaction, ease of programming, inexpensive installation, and ability to perform complex tasks with high-levels of efficiency. Thus, collaborative robots have emerged as the most preferred automation tool for manufacturers in the recent times and the trend is showing no signs of slowing down.

The penetration of collaborative robots in the industrial space raised concerns over job security within factory workers as they saw it as a potential threat. However, in reality, collaborative robots were developed to augment human capabilities without replacing them.

The advent and evolution of cost-effective collaborative robots is a ray of light for small-medium sized enterprises who were miles behind their competitors in the automation race.

Due to advancements in technology, rapid innovation, and surge in R&D activities, at present, the prices of collaborative robots are spiraling in the downward direction. Although, the adoption in the industrial space is at a nascent stage, with growing awareness regarding the potential of collaborative robots, its demand is set to witness a substantial growth in the years to come.

Further, owing to rapid industrialization and improvement in the healthcare sector, the demand for industrial and medical robots in Asian nations such as China, South Korea, and Japan is on the rise. In addition, several companies operating in the industry have prioritized mergers and acquisitions as an integral strategy to establish a strong presence in the market.

For instance, in 2016, Yaskawa Electric Corp acquired shares of DOOLIM Robotics, to diversify their operations and setup a business of robotic painting and sealing system integration.

Vision guided robots, which at one point of time were dismissed by manufacturers are flocking their way into the market. The revival of vision guided robots is majorly due to the onset of sophisticated technologies and the current innovative landscape. In addition, the combination of advanced imaging systems and inexpensive robotic technologies has paved way for numerous applications that are ideal for robots especially in small-medium enterprises.

Automation has played a vital role in shaping the current landscape of the automotive sector by enhancing efficiency and reducing operation costs. Thus, the demand for advanced motion control software in robotics (automotive sector) is predicted to surge in the foreseeable future.

By Software by Motion Type