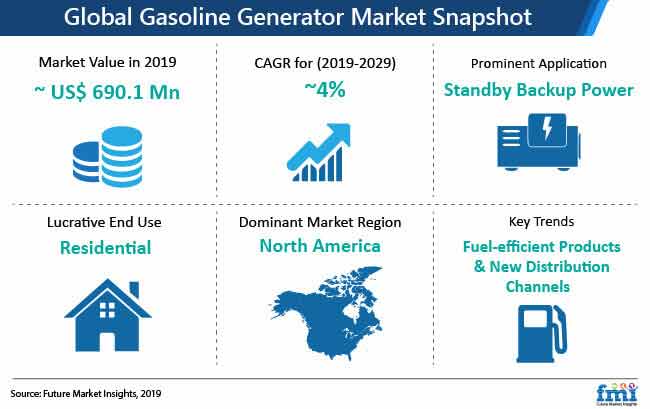 The spare capacity of the U.K. national grid was ~15% in 2010, and this has dropped to ~4% recently. Therefore, the gasoline generator market can be considered a saving grace in this region.

A shift by manufacturers to sell compact generators through new channels, predominantly e-commerce will offer a notable boost to the gasoline generator market. For instance, companies, such as Kohler Co., Honda Motor Co. Ltd., and Generac Power Systems, Inc., among others, are offering compact gasoline generators, which make it logistically viable for customers.

Developing economies can hardly cope up with the increasing urbanization and the surge in demand and capacity from newly affluent citizens. The abyss between the demand and supply of electricity causes a power outage and rolling blackouts. Solving power shortage becomes a priority for countries as millions of citizens suffer during the power shortage and blackouts for hours if not days.

Multiple service industries get profoundly affected due to the power outage, which, in turn, affects the country in a minimal but significant manner. As a result, several sectors are relying of gasoline generators to cope with power outages, thereby propelling the market growth. 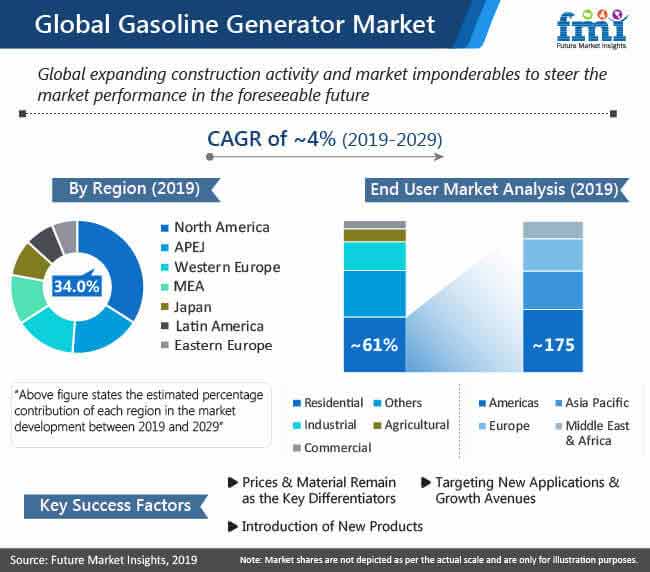 Various reasons are supporting the statement that off-grid power consumption is increasing across several countries, such as Brazil, Mexico, and Argentina. Rising population, independence from the public grid, limited availability of conventional forms of energy, and limited access to electricity are the major reasons boosting the sales of gasoline generator sets used for backup power in off-grid power systems.

The number of households in Sub-Saharan Africa is expected to grow to almost ~300 million in 2040, in which, the Western Africa region is expected to be the fastest-growing region. The abovementioned factors are expected to drive the gasoline generator market in the region over the forecast period.