Urbanization and Expansion of Construction Industry

Currently, 55% of the world population lived in urban areas. This share is projected to expand to 66% by the year 2050 as per United Nations DESA. Urbanization is increasing rapidly all over the world, which is subsequently expected to fuel the demand for low density polyethylene in the near future. Owing to growing urbanization, the construction industry is expected to augment.

Moreover, low density polyethylene has several applications in the construction industry, both direct and indirect, which will substantially influence its demand. The global construction industry value is expected to increase to around US$ 15 Tn by 2025. This is expected to create significant growth potential in terms of consumption of low density polyethylene, worldwide, during the forecast period.

Prominent manufacturers of low density polyethylene are focusing on improvements in manufacturing technology of LDPE. Technological advancements in quality of product grades, lower production costs, and environmental impact of the product are driving the global players to optimize their production processes. Due to product optimization, newer grades of LDPE are coming into picture, which are not only cost effective but also easy to process. 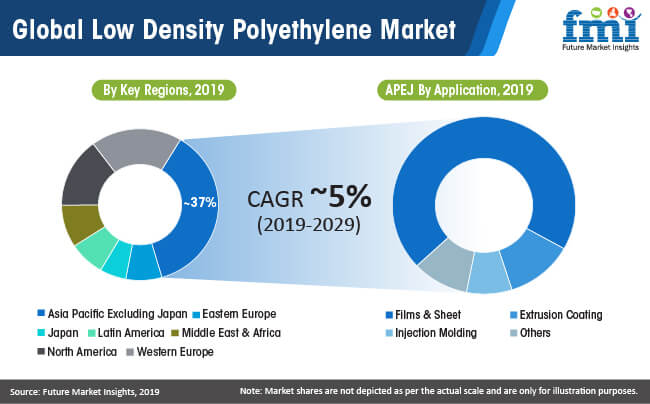