The reliability of such features drives the growth of the force sensors market. The need for dynamic fatigue and static fatigue tests in laser welding applications are boosting the demand for force sensors as force sensors help measure force in electro-mechanical actuators and monitor force brakes.

Additionally, force sensors are also used in the automobile sector to monitor centripetal force during turns to improve drivers’ safety. Such factors are expected to accelerate the demand for force sensors from the automotive industry on a global scale. 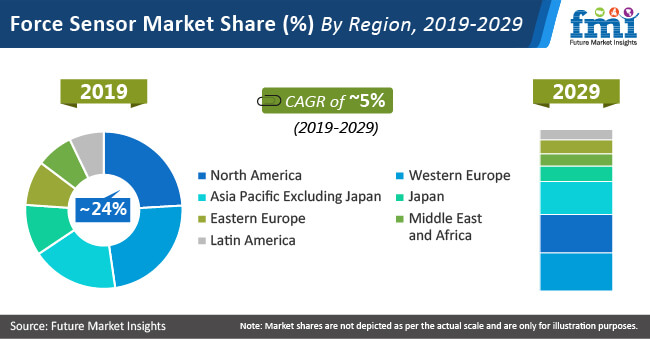 The force sensor market providers are focusing on increasing their business opportunities across countries in the Asia Pacific region such as China, South Korea, and India, due to rising expenditure for military and defence applications and huge industrial and manufacturing sector. All these factors are supporting the increasing demand for force sensors.