Video streaming is the one-way transmission of video content over a data network. It is a type of media streaming in which data from a video file is continuously transferred through the Internet to a remote user. This content is sent in a compressed form via the Internet and is displayed in real time by the viewer. While streaming, the user does not have to wait to download it on a computer or host it to play the file. Hence, a player is needed for uncompressing the file, which sends the audio data to the speakers and the video data to the display.

Global video streaming market is categorised by type, by content delivery channel, by revenue model, by industry and by region

Among the key regional markets, South East Asia and others of APAC is projected to exhibit relatively higher growth in the global video streaming market with a CAGR of over 19.8% during the forecast period. Revenue from the data integration software market in North America and Europe is expected to collectively account for over 38% of the global video streaming market revenue in 2018. 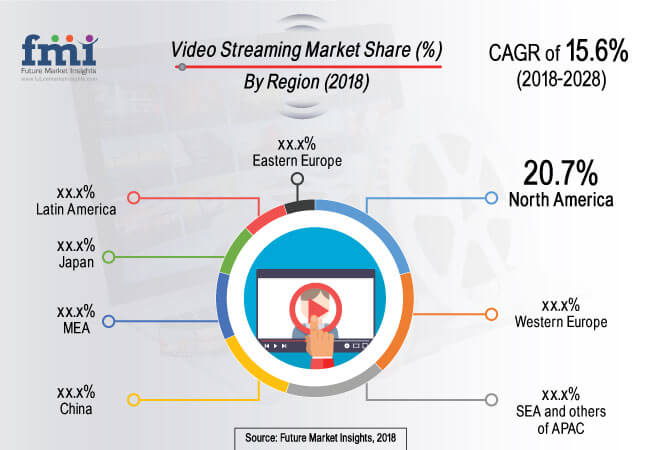