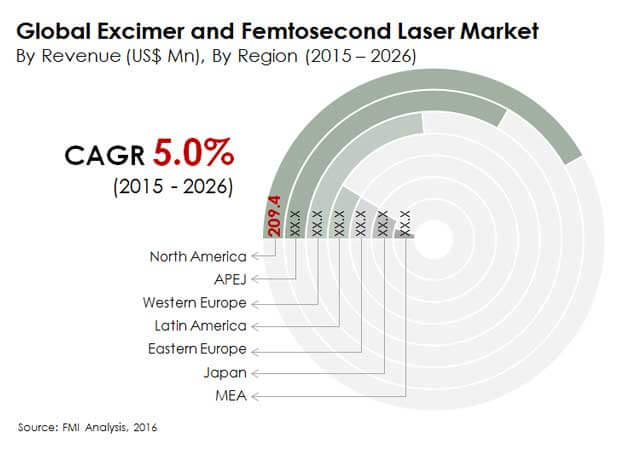 Demand for excimer and femtosecond lasers will continue to be strongest in refractive surgery. By application type, refractive surgery currently accounts for nearly 70% revenue share of the market and adoption of excimer and femtoseconds will gain further traction over the forecast period. Cataract surgery will remain the other dominant application segment, while capsulotomy, trabeculoplasty, and diagnostic application segments will hold less than 10% revenue share of the market.

Hospitals, ambulatory surgical centres, and ophthalmology clinics are the three largest end-users of excimer and femtosecond lasers. Among these, ophthalmology clinics account for the highest revenue share of the market. This segment is anticipated to be valued at US$ 305 Mn in 2017 and surpass US$ 500 Mn in revenues by 2026.