Also, a growing need of pharmaceutical companies to maintain consistency and accuracy during the production of medicine coupled with guidelines issued by regulatory agencies for best practices have resulted in increasing adoption of precision equipment and metrology software by this sector.

The standards set by international committees in terms of the instruments to be used, the metrics parameters, the frequency of measurement etc. is expected to support an increase in demand for metrology software by manufacturing companies. Several committees provide measurement standards in North America and some of these include North American Cooperation in Metrology (NORAMET), National Institute of Standards and Technology (NIST), and Dimensional Metrology Standards Consortium (DMIS).

These committees release documents at regular intervals defining updated standards of measurement that need to be adopted by all manufacturers. This factor is also boosting growth in demand for metrology software, which is regulated with recent guidelines released.

The presence of large and strong players in the market such as Rudolph Technologies Inc., FARO Technologies Inc. etc. that are aggressive in terms of mergers and acquisitions and have strength in terms of their sales and distribution channels, provides a significant challenge to small and new players with limited resources.

New players also find it difficult to provide all solutions bundled in a single metrology software package, which can cater to the breadth and depth of the entire product line of an end-user affecting decision-making while giving contracts.

Adoption of precision engineering practices by manufacturers in North America with a focus on accuracy and reliability in the manufacturing of products has resulted in an increase in the application of metrology software in the region. The different types of metrology software used in the precision engineering process include image processing, surface and roughness measurement, nanoscale metrology, optronics, intelligent data analysis, 3D shape measurement and more. 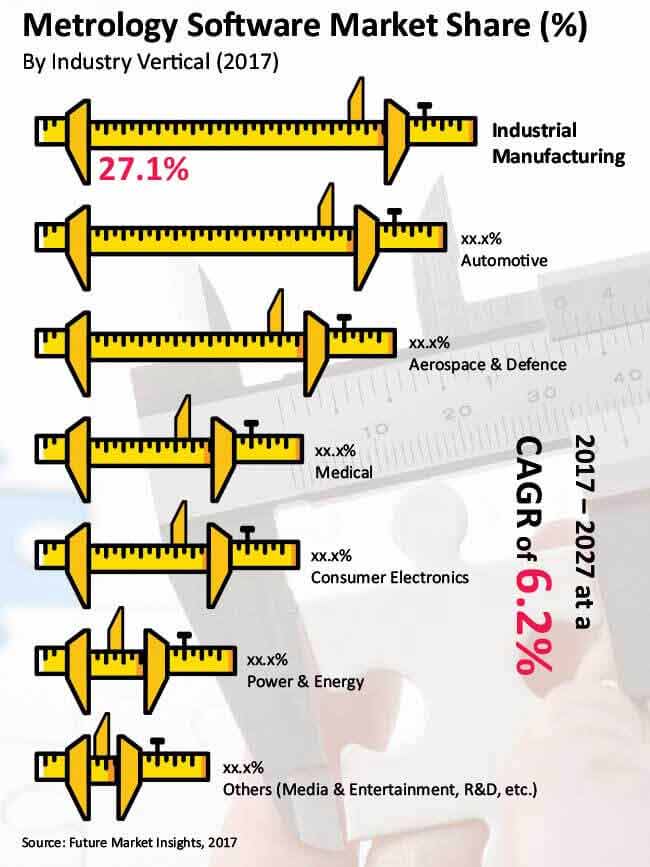