LTE (Long-Term Evolution) is expected to continue to develop and be deployed as it is used in wireless technology across the globe. Continuous innovations in LTE include LTE Advanced and LTE Advanced Pro, which support unlicensed frequency bands, wider bandwidths, more carrier aggregation, multi-gigabit data rates, full-dimension MIMO and others.

Initiatives by Governments for the Launch of 4G/5G Projects

Increase in the global adoption of smartphones is leading to a rapid increase in data traffic, which is increasing the strain on the communication infrastructure. These factors are encouraging service producers across the world to upgrade to LTE networks to ensure the capacity and coverage to meet consumer requirements at affordable costs, which is boosting the demand for LTE testing equipment among telecommunication service providers.

These developments are expected to fuel the demand for LTE testing equipment in India during the forecast period.

Increasing Adoption of IoT and Upgradations in LTE Testing Equipment

The rapid development of IoT is resulting in the integration of a vast network of smart cellular-connected machines and devices, which has resulted in the emergence of a wide range of new connectivity options that are influencing the growth of the global LTE testing equipment market. 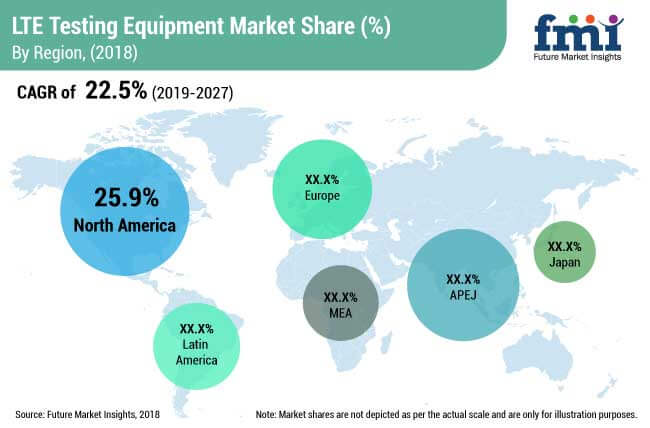 On the basis of type

On the basis of end-user