Fluffiness and airy insides of baked items are their key characteristics which drive their consumption. To achieve this distinct feature, manufacturers of baked goods and several other products use raising agents in production methods. The effectiveness of these agents in filling air and gas into the baking mixtures continues to create a steadfast demand for raising agents in the food & beverage industry. 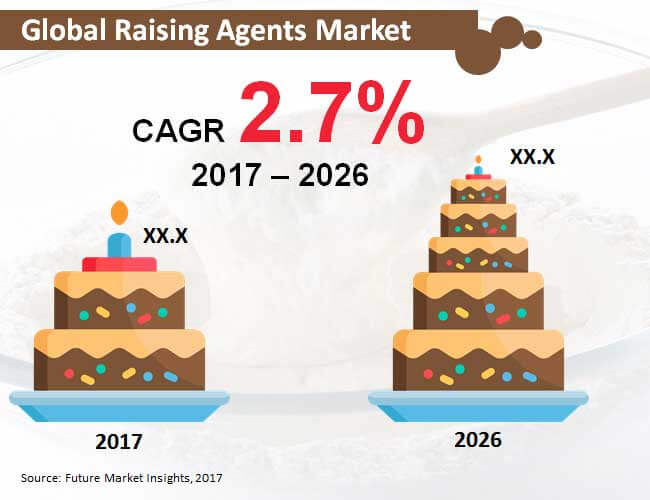 The demand for raising agents is expected to remain highly concentrated at baking soda and the cream of tartar. While the cream of tartar is expected to bring in nearly 60% of global raising agents market value throughout the forecast period, sales of baking soda are pegged to register revenue growth at 3.2% CAGR. The report also reveals a dwindling demand for baking powder, wherein consumers are using less amounts of baking powder as raising agents to avoid the risks of high acidity levels.

Over the forecast period, the sales of raising agents are slated to remain concentered at direct sales and wholesales. In 2017, direct sales and wholesalers accounted for nearly US$ 9.5 billion of global market revenues. The report further reveals that majority of manufacturers in the global raising agents market will be interested in signing long-term supply partnerships with wholesalers.

Modern grocery retailers are also observed to emerge as key sales channel in the global raising agents market, and will register a value CAGR of 3.8% over the forecast period.

Several companies are expected to focus on increasing the applications of raising agents in organic production of baked items.