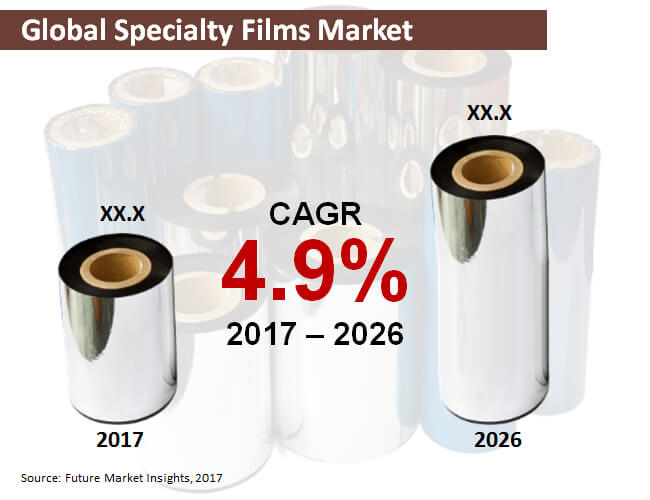 According to Future Market Insights, the global specialty films market is poised to expand steadily at a CAGR of 4.9% during the forecast period, 2017-2026. By the end of 2026, more than US$ 56 Bn worth of specialty films are expected to be sold in the world. The report also projects that Asia-Pacific excluding Japan (APEJ) region will represent largest market for specialty films, and will account for over one-third share of global revenues throughout the forecast period.

Barrier Films to Remain in Great Demand through 2026

A key challenge in the production of specialty films is the stringency of industrial regulatory bodies towards the use of polymerized, non-degradable materials. Increasing incidences of specialty films being dumped openly has created environmental concerns. Moreover, single-use nature of these films limits the scope of recycling and reusing specialty films.

Specialty films market analysis on the basis of product-type, material-type, end-use, and region. The taxonomy of the global specialty films market has been illustrated below. Additional information on cross-segmental market forecast and country-specific market size estimations has been provided in the report as well.