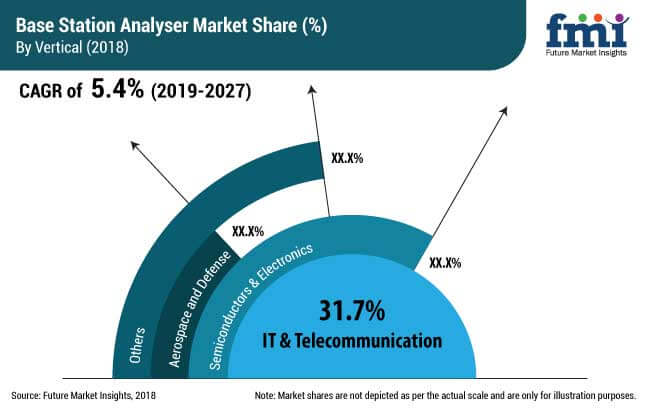 The substantial adoption of advanced technologies, such as IoT and cloud solutions, is expected to boost the adoption of handheld base station analysers in developed and developing nations. A global increase in the demand for high-speed Internet connectivity from enterprises and rapid advancements in enterprise network infrastructure are some of the major factors that are expected to drive the handheld sub-segment of the global base station analyser market during the forecast period.

The IT & telecommunication segment is expected to be the target segment for manufacturers of base station analysers owing to the rapid deployment of advanced technologies such as LTE, LTE-A, 4G, and 5G

In addition, the world is moving towards connected and wireless technologies. In most of the developed and developing nations, the home broadband and the deployment of secure enterprise network infrastructure have witnessed notable growth. These are also some of the key factors supporting the IT and telecommunication sub-segment of the base station analyser market. In addition, in the recent years, the electronics and semiconductor industry has made impressive progress.

The manufacturers of electronics and semiconductors are continuously upgrading their product portfolio and adding next-generation technologies. Therefore, the electronics and semiconductor sub-segment of the base station analyser market is estimated create new business opportunities for the manufacturers of base station analysers.

In addition, the governments of countries such as India and China are focusing on Foreign Direct Investments (FDI) and creating favourable business conditions for foreign investors, which is also driving the base station analyser market in the region. The governments in North America are undertaking initiatives to speed up 5G technologies and regulations, Due to which the North America region is becoming a key source of the demand for base station analysers.

In addition, the U.S. is expected to be the first country to set up large-volume 5G wireless applications and networks, as regulators pave the wave for rapidly growing next-generation services. This is one of the prominent factors supporting the growth of the base station analyser market in North America. Furthermore, European countries have witnessed the widespread adoption and deployment of next-generation wireless technologies, owing to which the Europe region is expected to create potential growth opportunities for the manufacturers of base station analysers in the coming years.