Consumer electronic products are witnessing increased adoption among consumers across the globe. This is majorly attributed to the increasing consumer awareness related to electronic products, globally. Rise in demand for products, such as smartphones, tablets and other connected devices, in turn is expected to drive demand for compatible accessories over the next five to six years. 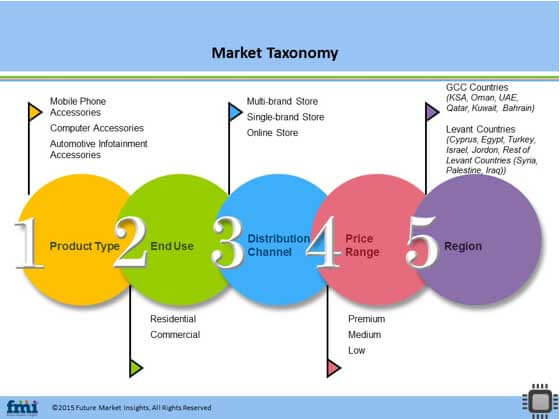 Growth of the Middle East electronics accessories market is mainly driven by proliferation of connected devices, rising disposable income, which is leading to change in consumer buying patterns, and growing Internet penetration, which in turn is resulting in rising consumer preference for online retail. However, lack of dominance of Chinese players, economic instability in certain Levant countries and lack of standardisation are some of the factors restraining the market growth in these regions.

The Middle East electronics accessories market is segmented on the basis of price range into premium, medium and low. Out of these segments, in terms of value, the premium segment has been estimated to account for over 60% share of the Middle East electronics accessories market by 2015 end, and is expected to remain the most dominant segment in the market during the forecast period. This is attributed to the increasing preference for premium priced products among consumers in the GCC region. 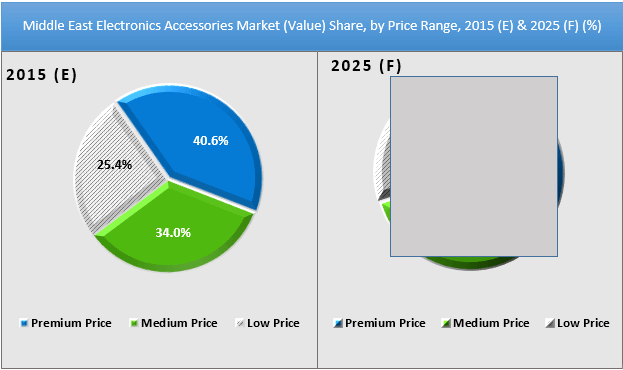 In terms of market value, of all the countries, KSA market is expected to dominate the GCC electronics accessories market throughout the forecast period.