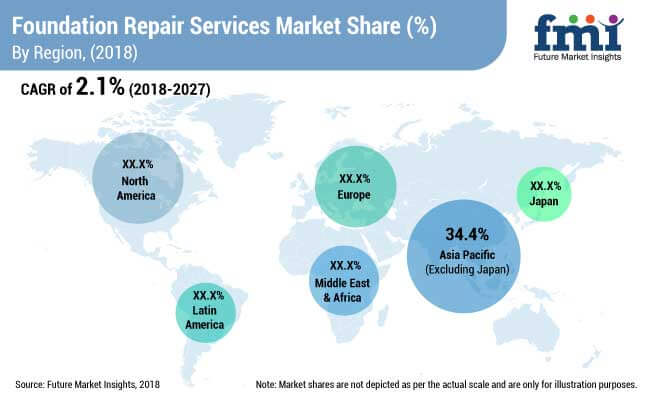 Residential Sector Accounts for 3/4th Revenue Share of the Market

With the progression of technology, automated tools have been introduced in the construction industry for enhancing the design process of a foundation and a building. This has been one of the major factors responsible for the decreasing frequency of building failures and accidents, which may restrict growth of the foundation repair services market.

The foundation repair services market in Asia Pacific excluding Japan is expected to become a prominent market in the coming years with ongoing infrastructural developments in developing countries such as China and India. In addition, the foundation repair services market in the Middle East and Africa is also expected to create a moderate incremental opportunity of US 66.7 $ Mn during the forecast period with increasing urbanisation and developments in residential as well as commercial sectors across the region.

View Our Reports from Services and Utilities