Processed food has become one of the preferred choices of convenient foods complementing today’s hectic lifestyle. As a result, there is an inevitable rise in the demand for baked food. This has in turn led to the growing acceptance of frozen bakery since it is easily available and can be prepared for meal in much lesser time. In addition to this, the low cost of frozen bakery makes it ideal for consumption among millennial.

The market will especially gain from the rising demand from small and large-scale food chains and coffee shops. Furthermore, expansion of catering and hotel industries, which also happen to be among leading end users, will drive the frozen bakery market.

Regionally, Europe currently holds the leading market share. Expansion of tourism and catering industries will support the market growth in the region. In Europe, countries such as the U.K., Italy and Germany have emerged as the most lucrative markets for frozen bakery. The rising demand for convenient and ready to eat products especially for their breakfast menu is favouring the growth of the frozen bakery market in the region. The market now has several variants in gluten-free products, which has enabled it to gain momentum around the world.

In the coming years, the market will witness high demand in developing nations as well. For instance, FMI projects the Asia Pacific market for frozen bakery to rise considerably in the coming years. Much of this is attributable to the increasing western influence in lifestyle of common men. Besides this, the rising disposable income of consumers and their willingness to spend on ready-to-eat food will bode well for the overall market.

The expansion of existing distribution channels has considerably influenced growth witnessed in the market. Frozen bakery is now available across supermarkets/hypermarkets, convenience stores and bakery stores. In the last couple of years, producers have made it a point to make their products available across online stores giving a major impetus to the frozen bakery market. Aided by increasing penetration of smartphones and internet at a pocket-friendly cost has bolstered the overall consumer base of the market. 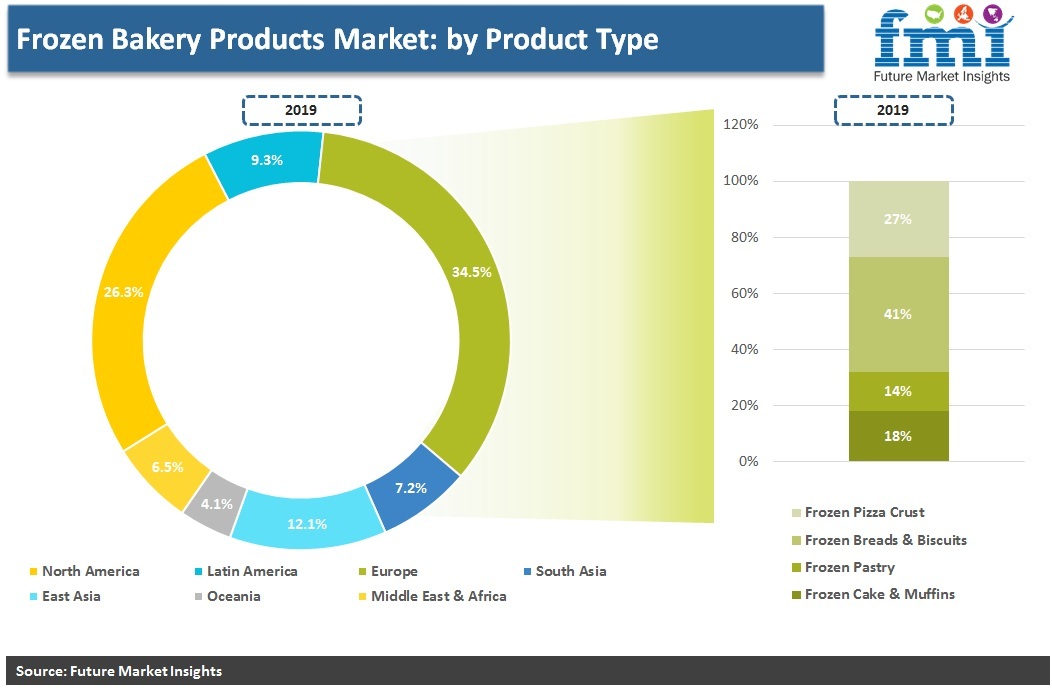