2020 Analysis and Review of Rugged Thermal Camera Market by Application - Security & Surveillance, Monitoring & Inspection, Detection & Measurement, and Others for 2020 - 2030

Rugged Thermal Camera Market Pegged at US$ 2 Bn in 2024

Rugged thermal cameras have been around for the past few decades, with the initial iterations being fitted in military equipment in order to detect enemies during nighttime or across smoky battlegrounds. Backed by subsequent advancements, rugged thermal cameras are delivering high-definition thermal images for various industrial, security, and business use cases. In addition, they are playing a helping hand during the coronavirus (COVID-19) pandemic by spotting suspected cases. The global value of rugged thermal camera market will exceed US$ 2 Bn in 2024 and will exhibit an astounding CAGR over the forecast period, 2020 - 2030.

Rugged thermal cameras have become an integral part of automatic target recognition (ATR) and perimeter monitoring systems, given their ability to operate in extreme conditions. Generally, for long range surveillance applications, the images containing the moving target are transmitted to the base station for manual interpretation. In short range surveillance, moving target identification (MTI) systems efficiently recognize if the moving target is a potential enemy target and transmits this information to a firing system. With the help of rugged thermal cameras, the military can assess the potential threat and act in a timely and effective manner.

Market players are developing long-range, mounted and rugged thermal imagers on vehicles, and multi-sensor thermal-imaging technology for combat vehicles in military sector. These thermal sights aid in rapid identification and threat location for forces and help in their elimination. Moreover, rugged thermal cameras are highly suitable for applications such as thermal scopes, weapon sights and stations, gimbals, UAVs, naval observation, IR sensors, and driver vehicle enhancers (DVEs), for tanks and military vehicles. This rising demand for rugged thermal cameras in military vehicles across the globe is expected to create growth opportunity for manufacturer.

In terms of value, the rugged thermal camera market in North America majorly represented the global market in 2019. The US market is projected to offer the most lucrative opportunity for revenue generation over the forecast period. The market in South Asia & Pacific is expected to register highest annual growth rate, owing to increasing investments for military & defence sector, and growing demand for monitoring and detection applications. Organizations in the region are embracing cooled detection technique that is beneficial in the operation of semiconductor materials used.

The rapid spread of coronavirus (COVID-19) pandemic has adversely strained the supply chain and manufacturing operations of several rugged thermal camera manufacturers. In the past few years, the rugged thermal cameras market has been growing at a stellar pace worldwide. In addition, nationwide lockdowns and restrictions on transportation & logistics due to the pandemic are leading to production standstill and shortage of staff.

APAC’s Market to Lead the Pack

Asian countries such as China, and India have been increasingly spending in their defense sectors, owing to potential rise in territorial disputes. Consequently, this activity has resulted in an imminent domino effect wherein all the other countries in the region are influenced to react and respond. These countries would accent the need for rugged thermal cameras for surveillance & security purposes. Furthermore, the rugged thermal camera market in Asia will represent multibillion-dollar prospect during the latter half of the forecast period.

Manufacturers continue to channelize significant portion of their capital investments toward the government sector. Over the coming years, the government sector would be the sole end user to enter the billion-dollar club. Decreased costs of infrared (IR) imaging technology have extended the application radar of rugged thermal cameras to industrial, and commercial sectors, which collectively capture about half of overall market value. Nevertheless, stakeholders would glean substantial returns from the government sector.

A recent market report published by Future Market Insights on the rugged thermal camera market includes global industry analysis for 2015-2020 and opportunity assessment for 2020-2030, and delivers a comprehensive assessment of the most important market dynamics. After conducting thorough research on the historical and current growth parameters, growth prospects of this market are obtained with maximum precision.

The global rugged thermal camera market is segmented in detail to cover every aspect of the market, and present a complete market intelligence approach to readers.

The report begins with the executive summary of the rugged thermal camera market, which includes a summary of key findings and statistics of the market. It also includes demand- and supply-side trends pertaining to this market.

Readers can find the definition and a detailed taxonomy of the market in this chapter, which will help them to understand basic information about the market. Along with this, comprehensive information pertaining to storage area network and its properties are provided in this section. This section also highlights rugged thermal camera market report.

This chapter explains the key macroeconomic factors that are expected to influence growth of the market during the forecast period. Along with macroeconomic factors, this section also highlights the value chain, supply chain, forecast factors, and value chain analysis of the market. Moreover, in-depth information about market dynamics and their impact analysis on the market have been provided in the successive section.

Based on application, the market is segmented security & surveillance, monitoring & inspection, detection & measurement, and others. In this chapter, readers can find information about developments and key trends in the rugged thermal camera market.

Based on end user, the rugged thermal camera market is segmented into government, commercial, industrial, and residential. In this chapter, readers can find information about developments and key trends in the market.

This chapter includes a detailed analysis on the growth of the North American market, along with a country-wise assessment including the U.S. and Canada. Readers can also find regional trends and market growth based on technology, application, end user, and countries in North America.

Important growth prospects of the market in several countries such as Germany, the U.K., France, Spain, Italy, BENELUX, Russia and the Rest of Europe are included in this chapter.

This chapter provides the growth scenario of the market in East Asia countries such as China, Japan, and South Korea.

This chapter provides information about how the market is anticipated to grow in major countries in the Middle East & Africa region, such as GCC Countries, Turkey, Northern Africa, South Africa, and Rest of Middle East and Africa during the forecast period.

This chapter includes a list of acronyms and assumptions that provide a base to the information and statistics included in the market report.

This chapter helps readers understand the research methodology followed to obtain various conclusions, as well as important qualitative and quantitative information, about the market. 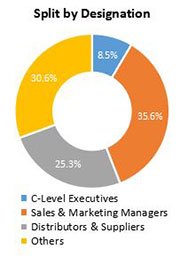 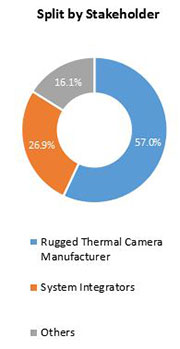 To Learn More About our Comprehensive Perspective on Rugged Thermal Cameras Market,

Internet of Everything (IoE) Market

Poland IT Software and Service Market

Russian IT Software and Services Market